Lipoproteins are lipid-protein complexes that are primarily generated and secreted from the intestine, liver, and visceral endoderm and delivered to peripheral tissues. Lipoproteins, which are assembled in the endoplasmic reticulum (ER) membrane, are released into the ER lumen for secretion, but its mechanism remains largely unknown. Here, we show that the release of lipoproteins from the ER membrane requires VMP1, an ER transmembrane protein essential for autophagy and certain types of secretion. Loss of vmp1, but not other autophagy-related genes, in zebrafish causes lipoprotein accumulation in the intestine and liver. Vmp1 deficiency in mice also leads to lipid accumulation in the visceral endoderm and intestine. In VMP1-depleted cells, neutral lipids accumulate within lipid bilayers of the ER membrane, thus affecting lipoprotein secretion. These results suggest that VMP1 is important for the release of lipoproteins from the ER membrane to the ER lumen in addition to its previously known functions. 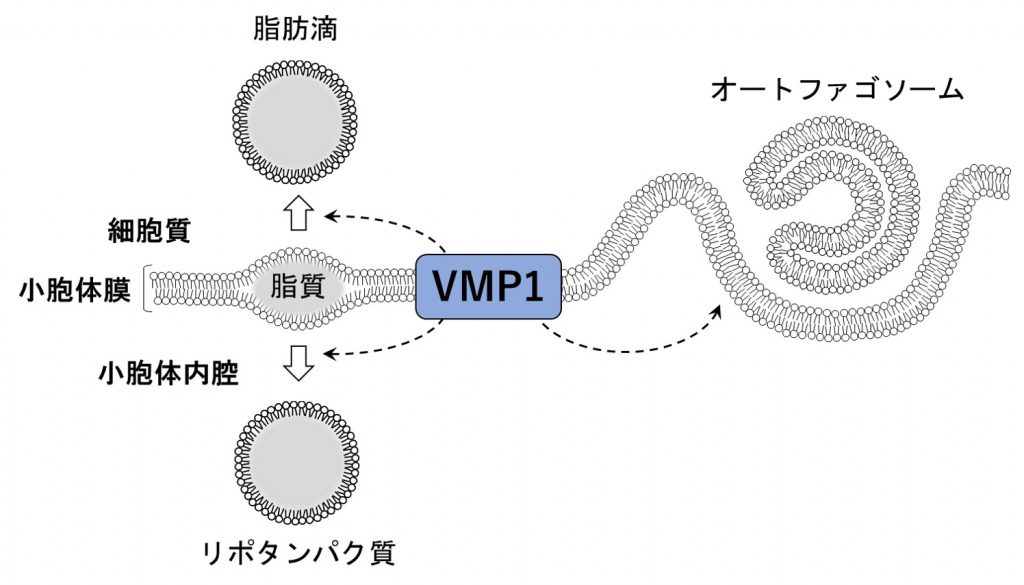